All rights and pictures belongs to the author.
All sentences and ideas below conceived from (1).

To understand the sequelae of chronic inflammatory disease, pathophysiology, neuroendocrine immunology and evolutionary biology has been used.
Using these theory, sequelae can be explained in various redirection of energy-rich fuels from storage organs to the activated immune system.
The sequelae can be seen in many mammals with chronic inflammatory disease.
So the mechanism can be understood by evolutionary approach.

Evolutionary biology and medicine has a strong power to explain disease and age related problems including chronic inflammatory disease. But until recently these discipline did not contribute to the current research fields.
We should consider go back to 400 million years ago to understand the mechanism of neuroendocrine immune network.

The framework of evolutionary biology and neuroendocrine immune energy regulation in pathophysiology of chronic inflammatory disease.

Activated immune system has an urgent need for energy-rich substances from internal and external energy stores.
And studies in number of systems showed that circadian rhythms of neuronal, endocrine, and immune systems can regulate energy metabolism and partition fuels to daytime and nighttime consumers.

So it has been hypothesized that genes relevant to the chronic inflammatory diseases has positively selected for effects on normal host defense.

'Antagonistic pletiotropy' is a theory that many genes has positive effect on host defense but include increased risk of severe form of chronic inflammatory disease, for example, HLA polymorphism.

'Antagonistic pletiotropy' example is below
・HLA DR4(DRB1*04) is a well known risk factor of rheumatoid arthrists and other chronic autoimmune disease, but have a strong negative association with dengue hemorrhagic fever (デング出血熱).
（patients who have homozygous HLA DR4 is 12 times less likely to infected with dengue hemorrhagic fever）
・HLA DR4 polymorphism helps hosts live in roductive period, but give autoimmune disease in later ife.
Other examples are showed below

Genes, signaling pathways and networks relates to chronic inflammatory disease have been developed in non-life-threating episodes of inflammation .

(Acute) systemic response results from an appeal of energy rich substances.
In light of altered energy regulation, sequelae and their pathophysiological elements can be described below.

Adaptive immune response lasts 3~4 weeks, but why it does not last more longer?

Self-limiting infectious disease include disease-induced sickness behavior and related anorexia, inhibitation of intake of energy-rich substrates.
It can be proposed that such sickness behavior is one of the adaptive program positively selected, in order to limit energy utilization for such activities as foraging and courtship. And also, sickness behavior will let individual keep safe.

Under conditions of sickness behavior and anorexia, in addition to increased sickness-related metabolic rate, the total amount of stored energy will run out for about 19 to 43 days in females and 28 to 41 days in males.

Taking this into consideration, under paleolithic conditions, acute infectious disease may not last longer than 3 to 6 weeks, because stored energy will be consumed in 38 to 41 days.

Persistent inflammatory disease might be not existed long time ago. But if a disease is progressive and longstanding, and a therapy is available to stop lethal emaciation, a chronic stage can be developed.

Inflammation, energy demand, and water retention- an evolutionary link between inflammation and hypertension

Also, proliferation of B cells, T cells, and other immune cells needs a lot of amount of water.

SNS system and HPA axis are supported by other alarm hormones, vasopressin, growth hormone and insulin.

Thus, it is hypothesized that some hormones have pro-inflammation effects.
For example, Angiotensin Ⅱ is a water retention hormone and may have such effects.
Angiotensin Ⅱ uses NF-kB signaling cascade, as well as TNF.

Water retention system has similarities to energy provision system, and it is important that considering water retention in sight of a and chronic inflammation, such as rheumatic and autoimmune diseases undergo madical treatments.

In aging and in chronic inflammatory diseases, both SNS and HPA axis are chronically activated.

As noted above, energy appeal reaction and water retention reaction appear to be resulted from selection in evolution.
Such reaction is useful for survival, if a disease symptom ended in short period.
However, prolonged operation of such reaction, such as chronic inflammatory disease and aging of today can become pathogenic, because no counteracting mechanism is incorporated.

Water fluxes in the system (blue box) and inflamed tissue (orange box). Blue box it is demonstrated that liver cells (pink box) need water for degradation of glycogen, triglycerides, amino acids in the urea cycle, and for gluconeogenesis in the context of the Cori cycle (red arrows in the blue box). Similarly, degradation of muscle proteins in muscle (brown box) and triglycerides in fat tissue (yellow box) withdraw water from the system. An enormous amount of water is needed for proliferation of immune cells in primary and secondary lymphoid organs (green box) due to generation of DNA, membranes, cytoskeletal proteins, and many others. Orange box the inflamed tissue is separated from the system. In inflamed tissue activated cells, mainly immune cells, use provided energy-rich substrates such as glucose, amino acids such as glutamine and alanine, ketone bodies, and free fatty acids to overcome the inflammatory state. In the process of complete degradation of energy-rich substrates to CO2 and H2O, enormous amounts of water are generated (black-edged box in orange box). In an acute inflammatory situation, both, the system and the inflamed tissue, loose water by several pathways (given as boxes below the blue and orange box). C–C bond carbon–carbon bond, FFA free fatty acids, GI tract gastrointestinal tract, HPA axis hypothalamic–pituitary–adrenal axis, Pi inorganic phosphate, SNS sympathetic nervous system. The calculations of water fluxes is derived from biochemistry literature

Water fluxes between the system and inflamed tissue with water loss in a transient acute inflammatory episode (a) and without water loss in chronic inflammation (b). a Water fluxes with water loss in acute inflammatory episodes. The inflamed tissue (orange box) releases cytokines or stimulates sensory nerve endings (not shown) in order to induce an energy appeal and water retention reaction in the system (blue box). In the system, urinary water loss is inhibited and water is needed for many important reactions for provision of energy-rich substrates and immune cell proliferation (see Fig. 1). In the acute situation, water is lost from the system and from inflamed tissue via outer and inner surfaces. The water fluxes are in a balance. b Water fluxes without water loss in chronic inflammation. Similarly, as before in panel A the inflamed tissue activates water retention and energy appeal reaction. However, due to low-grade inflammation without fever and due to a lack of inflamed exposed surface areas, water is not lost from the system and from inflamed tissue. Water can recirculate between activated immune cells and the system. In this scenario, it does not matter how the inflamed tissue look like. It might be a separated tissue such as an inflamed joint or an inflamed segment of the aorta. However, it might also be the sum of disseminated activated inflammatory cells in any tissue (orange box). It might also be the sum of disseminated an activated cells in different parts of the body, which might happen during aging when different organs present higher levels of inflammatory activity. The logic behind the water flux between system and inflamed cells remains the same. It is only important that secreted cytokines of these inflammatory cells activate the energy appeal and water retention reaction, and that water loss via inner and outer surfaces is not increased. Chronic inflammation accompanied by essential hypertension is a necessary consequence 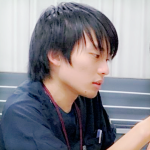